Trustpilot
Our site uses cookies and by using it you approve to our collection of data regarding your visit. To learn more click here.I accept
HistoryVisionThe Team

Since Marsblade was founded in 2011, our vision has been clear – provide superior and innovative products that will inspire people to join the game we love. And also to support all hockey players, from NHL superstars to young children, around the world to achieve their goals.

In the mid 00’s, the former professional hockey player and founder of Marsblade, Per Mårs got the idea to create a training tool that improves his training off the ice. The idea, sketched on a napkin in a restaurant, was later developed into the now patented Flow Motion Technology (FMT). It became the groundwork for the Marsblade brand, and the core of our innovative products. Marsblade is today a global company with offices in both Sweden and the United States, and markets all over the world.

Mr. Mårs is joined by an ever-growing crew of creative, experienced and energetic people. As the team expands we remain faithful to Per’s original trademark of personal relationships, down-to-earth attitude and an eye for perfection.

We promise to continue the hard work every day to lead hockey into the future. And, together with you, set new standards for performance. 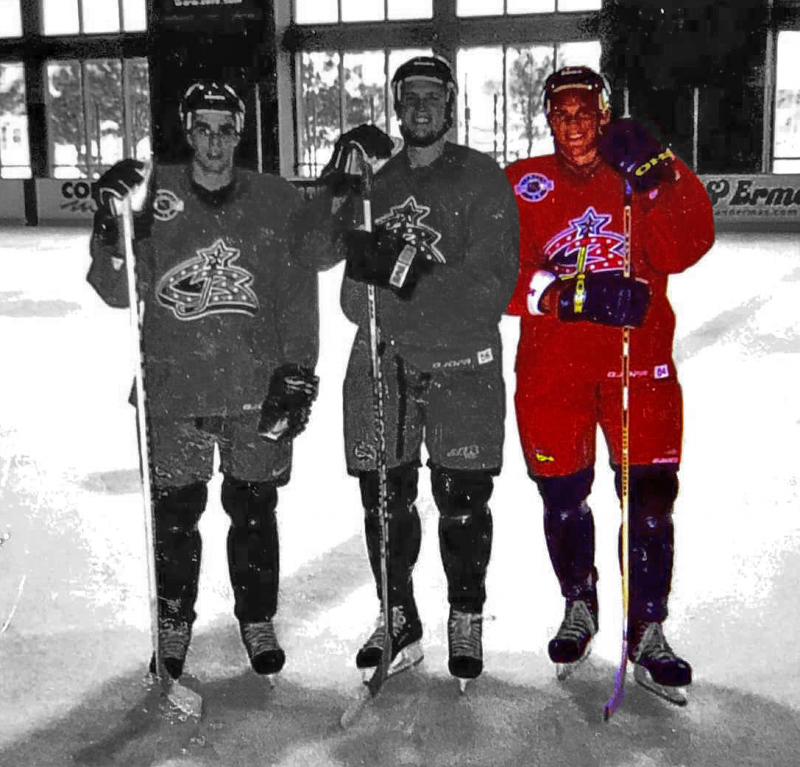 Like many young Swedes, Per Mårs grew up surrounded by snow and ice, with the dream of one day playing hockey in the NHL. That dream took him all the way to the Swedish National Team and the 2001 NHL Entry Draft. There he was selected by the Columbus Blue Jackets in the third round.

As a player, Per was fanatical about his equipment. Ever curious about its performance benefits, he was constantly tinkering with his skates, sticks and other equipment. A back injury that plagued Per during the early years of his pro career, led him to his greater curiosity about the biomechanics of skating and its relationship to stability, balance and fitness.

Due to injuries, Per’s hockey career ended prematurely. With that, his real passion was born – to improve training methods and technology. By 2007, Per was well on his way to inventing the early applications for Flow Motion Technology. Initially for inline training, with the idea of replicating the instability of the radius-shaped ice blade.
In 2011, Per gained funding and the Marsblade O1 was first prototyped. The company was founded that year in Östersund, Sweden – Per’s hometown and the heart of Sweden’s winter sports mecca.

By early 2013, Per and his then small staff had fine-tuned the roller frame technology and introduced the O1 to the market. The product was praised by hockey players on all levels. NHLers began to not only use the product, but to take interest in the company as shareholders – they all realised its value and potential.

After launching the off-ice training tool O1, Per began to ponder the application of the Flow Motion Technology for ice hockey. Those ideas led to the development of the prototype for the Marsblade I1 skate holder. When launched on Kickstarter in 2018, the project received  full funding within twelve hours! From there, Per and his growing team of designers and engineers established the framework for what is now the FMT Innovation Lab, the creative core of Marsblade’s development.

The portfolio has grown to include off-ice training products, performance-focused roller hockey skates, and the fastest skate holder on the market – the I2. Hundreds of NHL players use the O1 as a vital part of their off-ice routine.

Going forward, we aim higher than ever before. We have only scratched the surface of what FMT can do for sports performance. Our team, together with the crucial input from our users, continue to innovate and disrupt. 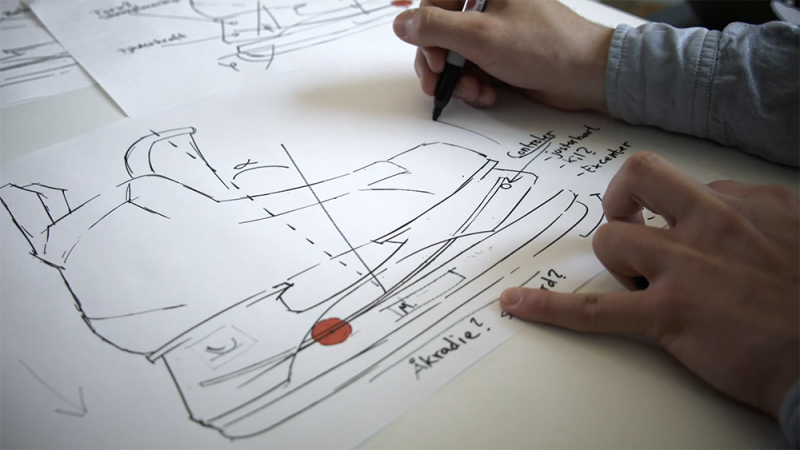 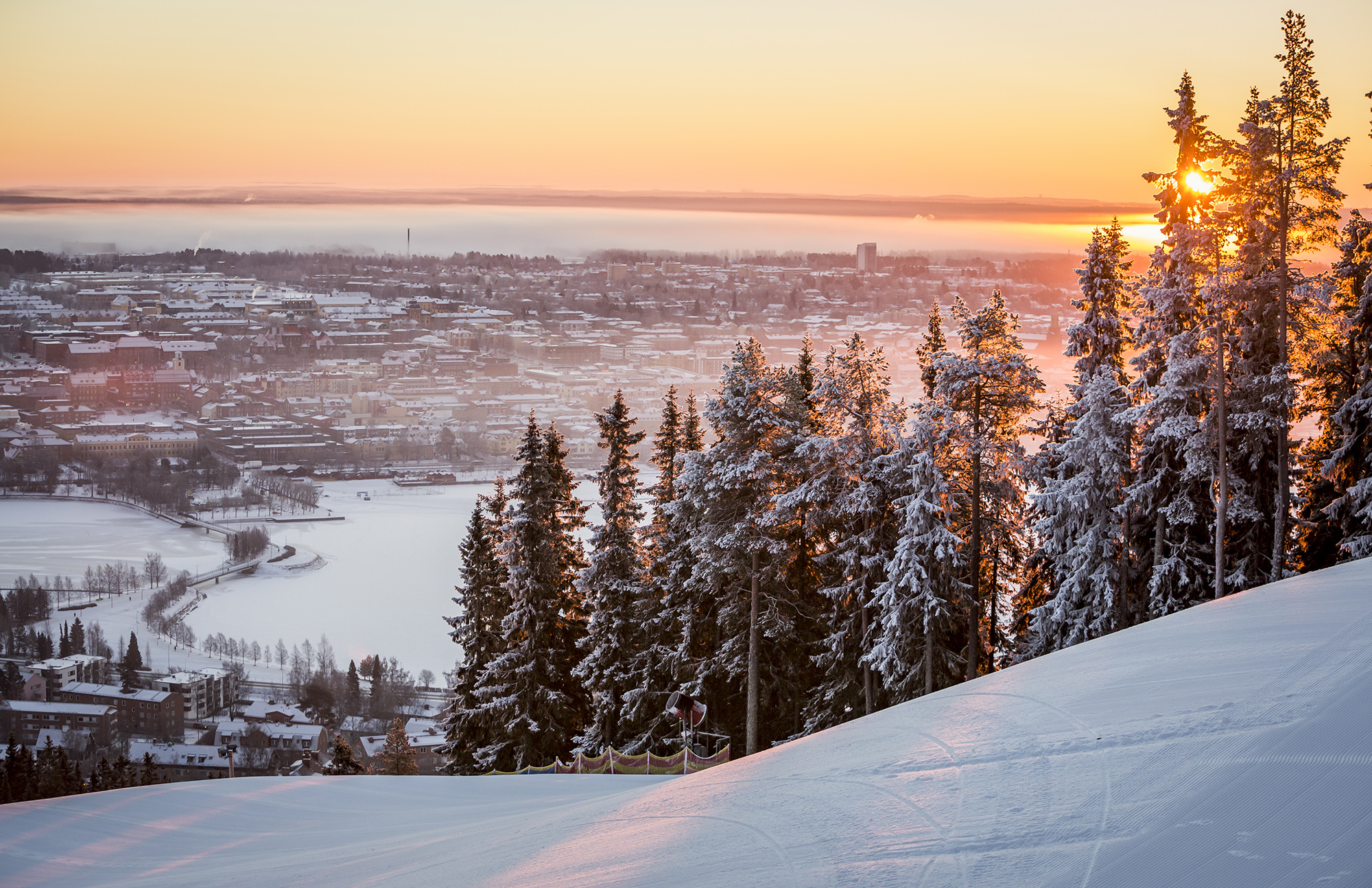 The Marsblade Headquarters are located in the small town of Östersund, by the mid-Sweden Scandes mountain massif. The Östersund area is a hub for winter sports technology and performance that has fostered many Olympic athletes. The area has hosted many World Cups, Alpine World Championships as well as World Championships in Biathlon.

The Swedish way of life permeates our workflows, relations, and design. Thanks to our attention to detail paired with clean and form-follows-function design, our products are at the forefront of sportstech design.

For us, it is key to have a close and honest relationship with our customers and users. Not only for support and guidance, but also because we strongly believe that we evolve sports best together.

What started as a handful of hardcore startupers has grown to a full ensemble of designers, engineers, support team, sales managers, videographers, and ambassadors.

Our headquarters in Östersund houses a staff of 15 individuals, while our local warehouse where all our products are expedited from is run by a strong team of 4. We have representatives in the U.S. and Canada, and the family is ever expanding.

We strive to employ people from different backgrounds and with a variety of experiences. This melting pot of ideas and initiatives has resulted in the team receiving several awards, including Sportsfack “Innovation of the Year”, regional “Marketer of the Year” and “Best investment business of the Year”, and more.

We believe in diversity and the more the ideas and mindsets, the merrier. 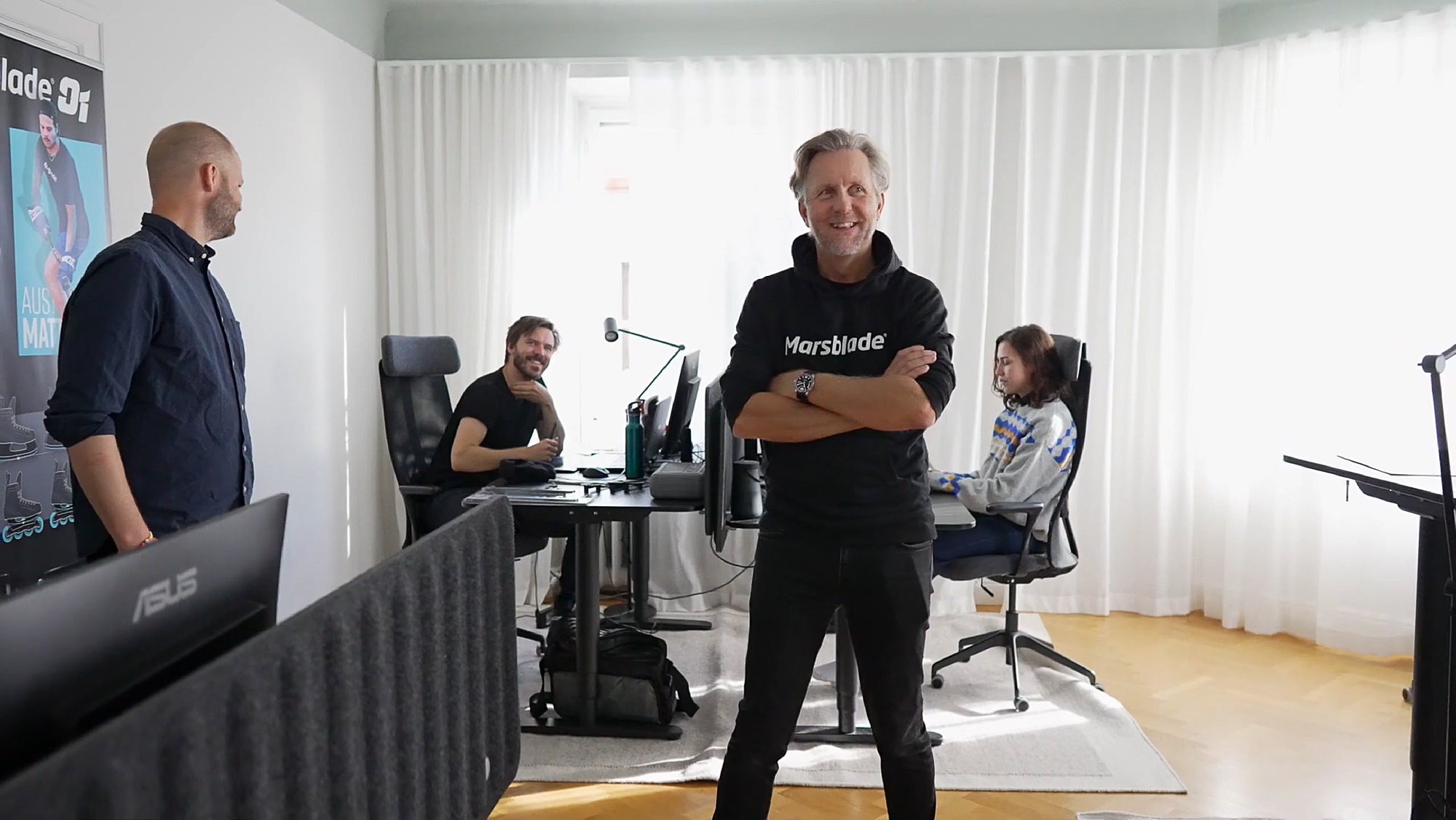